The Downey Family is so happy to be able to host an in-person event for our 21st anniversary run. We will have the DC Raymond M Downey "Forever Running" 5k Run/Walk for those who would like to keep the tradition alive and continue to honor the memory of our Dad. We are so grateful for the support and love the Deer Park and running communities have shown us over the past 21 years. We also will have the Virtual 5K Run for those of you who cannot attend the live run.  We would like to thank our family, friends and all those who have participated in making this such a successful event.
Sign Up Here:
The D.C Raymond M Downey Forever Running Memorial 5K Run

After serving with the U.S. Marine Corps in the Middle East, Ray Downey was appointed to the New York City Fire Department in 1962. Chief Downey’s phenomenal 39-year career with the FDNY was built upon success after success and rescue after rescue. One of the most decorated men in the department, Chief Downey received five individual medals for valor and 16 unit citations. Additionally, referred to as “The Master of Disaster” and “God”, Downey, commanding officer of the Special Operations Command (SOC), died in the line of duty while helping others escape from the fire and collapse scene of the World Trade Center on Tuesday, September 11, 2001. He was truly a legend in his own time.

The Deputy Chief Raymond M. Downey Scholarship Charity Fund All proceeds from the race will benefit the organizations supported by the family of Ray Downey.

As a tribute to Chief Downey's legacy, his family has established the D.C. Raymond Downey Scholarship Charity Fund to keep his memory alive and to benefit the many organizations that Chief Downey cherished.

In Memory of DC Ray Downey 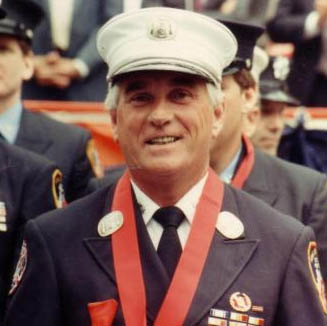 They braced themselves against metal railings on the cold, clear morning Saturday, hundreds of them, to pay their respects to the New York City firefighter they always knew as a giant, and now the world knows, too.

In the street, Raymond Downey's troops stood saluting him for the last time as the truck from Rescue Company 2 rumbled slowly down Deer Park Avenue.

Then with only his memory to honor, firefighters unloaded a bed of red, white and blue flowers with his helmet resting on top and carried them into the packed Sts. Cyril and Methodius Church. Additional mourners gathered in an adjacent school to watch the memorial service on a large-screened television.

Ray Downey: A Friend to Oklahoma

I first met Ray Downey late on the night of April 19, 1995, in front of the bleak, bombed-out skeleton of the Murrah Federal Building in Oklahoma City. It was rainy and cold, and we were just beginning the awful work of bringing out the dead from the scene of what was, until Tuesday, the worst domestic terror attack in American history.

NEW YORK -- Thousands of firefighters gathered Saturday at a memorial for their fallen colleague Ray Downey, one of three top Fire Department officials lost in the Sept. 11 terrorist attacks on the World Trade Center.

Downey, chief of special operations command, was a firefighter for nearly 40 years and was the city's most decorated firefighter at age 63. 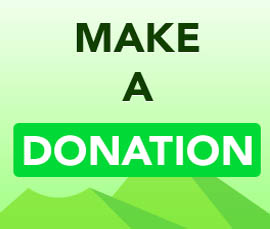